Opening of the exhibition at the Maison des Arts Le Barcarés 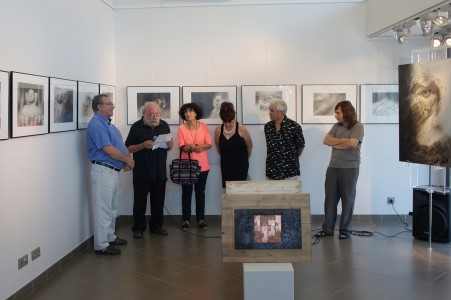 Opening of the exhibition with texts by Carlos Verges Victor Sunyol on 4 July at the Maison des Arts Le Boat, on the occasion of the tribute dedicated to all those who fled the dictatorship in Spanish 39 and took refuge on the beaches of southern France (Northern Catalonia).

This exhibition, after Le Boat Museum in Exile – mume – La Jonquera and then Argelers Royal Yacht Club of Barcelona, Vic 2016, and elsewhere.